Well, what an exciting week! In case you missed it, this week, Tucker Carlson featured a non-political view of what’s going on with the CMP Corridor in Maine on his new online series, Tucker Carlson Originals. For years now, Maine's small towns and citizens have been fighting tooth-and-nail against the CMP Corridor to protect an area that is so important to the culture, economy and environment, so it is so encouraging that this issue is now getting the national attention that it deserves.

We would like to thank Tucker and Tom Saviello for providing a nonpartisan view of the destruction the CMP Corridor would inflict on a special part of Maine, and the impact it is already having on local residents. This segment did a wonderful job of spotlighting Mainers who would be most impacted by the destruction of the CMP Corridor without bringing politics into the discussion whatsoever.

People from all across the political spectrum agree that the CMP Corridor is a bad deal for Maine, and now, the entire country knows it.

Featured Story of the Week

*This episode is available on Fox Nation online. In order to view it, please sign up for a subscription, which is free for a limited trial period.* 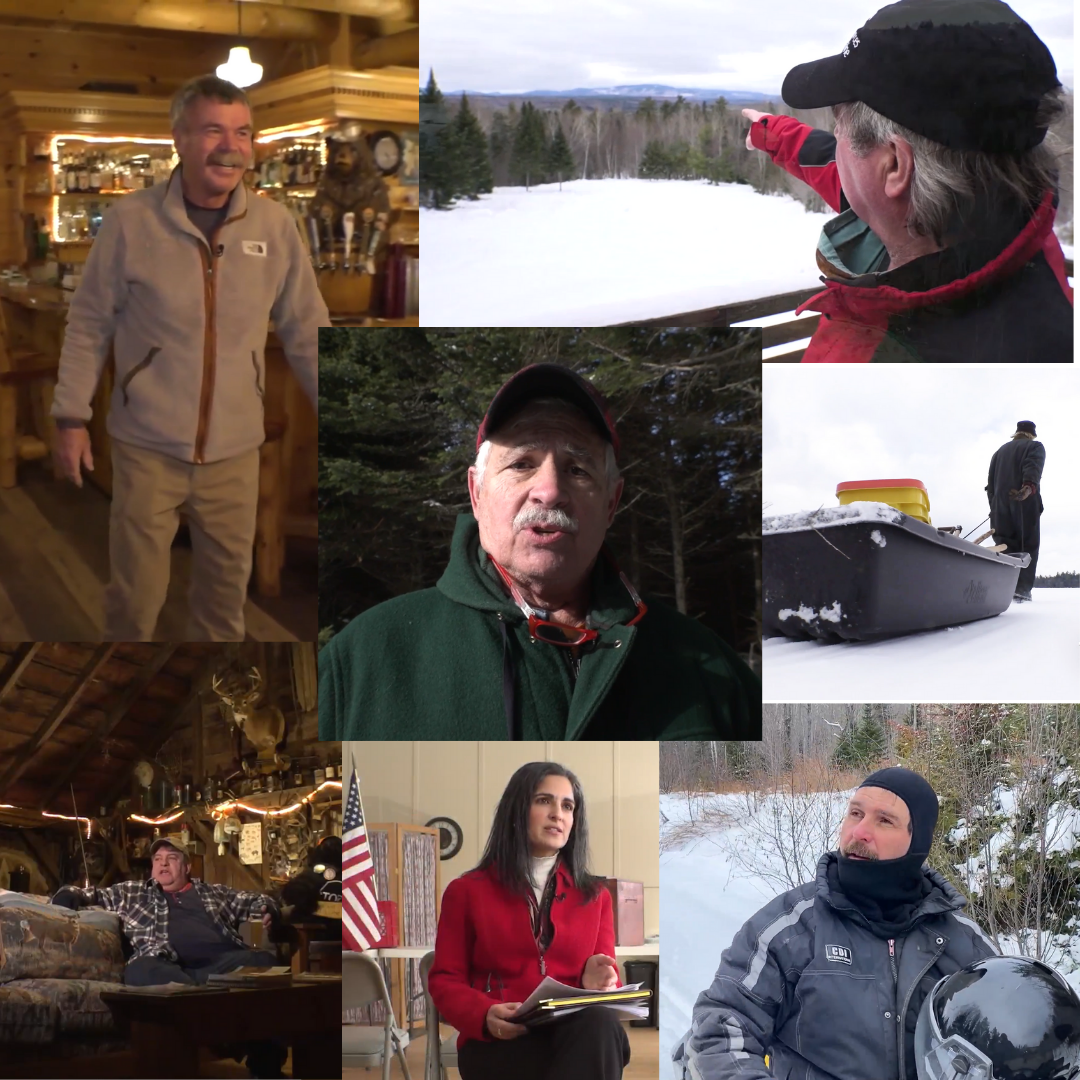 This week, we would like to thank our volunteers who had the courage to go up against two foreign conglomerates on national television. Their story was portrayed in such a powerful, and objective way. They were focused, and true to our cause, non-political. We are so fortunate to have Pete Dostie, Ed Buzzell, Tom Saviello, Duane Hanson, Darryl Wood, Elizabeth Caruso and Greg Caruso on our side. CMP/Hydro-Quebec may have tens of millions of dollars to spend, but in this segment, our volunteers displayed something that money simply can’t buy - PASSION! Thank you, team. You made Maine proud.

One of the US' largest forests is in danger: 'Tucker Carlson Originals' exposes green energy scam in Maine

The new lawn signs have been distributed to a sign captain near you. Sign up now to get your very own! (supplies are limited, and at this point in time, signs must be posted on private property). We're asking that you make a $5 donation to get one. You can donate by mail here: Check made payable to No CMP Corridor sent to PO Box 471 Farmington, ME 04398

Or securely online by clicking below.

The Agriculture, Conservation and Forestry Committee and the Energy, Utilities and Technology Committee will hold a joint work session on our referendum, LD 1295, on Thursday, May 6 at 9:00 am. This meeting is purely procedural and will have no impact on the trajectory of the question, which is now with the Secretary of State’s Office. If you would like to tune in to the committee discussion, click here.

Who: The Energy, Utilities and Technology Committee

What: Public hearing on LD 1587, “An Act To Remove the Municipal Ordinance Exemption for the Development of Nonessential Transmission Lines”

Where: Zoom (if you are testifying) or on Youtube if you are listening in.

You can sign up to testify, or submit written testimony here. Click here for step-by-step instructions on how to engage with the committee.

Under current law, the Public Utilities Commission has the authority to override the wishes of local municipalities to ensure that projects for the greater public good are feasible. However, the way the law currently stands, this same power is granted to the PUC even when transmission lines are non-essential like CMP’s NECEC for-profit corridor. We believe that if a line is not proposed for the general welfare of the State of Maine that each impacted community should have a say on what is constructed within their borders. Maine communities should not be forced to serve as extension cords for for-profit transmission lines whose sole purpose is to line the pockets of foreign-owned businesses or governments.

Who: The Environment and Natural Resources Committee

What: Public hearing on LD 1545, “An Act Regarding Greenhouse Gas Emissions and Reductions Associated with Significant Development Projects”

Where: Zoom (if you are testifying) or on Youtube if you’re listening in

You can sign up to testify, or submit written testimony here. Click here for step-by-step instructions on how to engage with the committee.

In 2019, CMP/Hydro-Quebec hired an army of 30 lobbyists to kill Senator Brownie Carson’s bill that would have answered many unanswered questions regarding the validity of Hydro-Quebec and CMP’s clean energy claims. These questions remain today because Hydro-Quebec has still never appeared before a regulatory body to provide evidence to back their environmental claims.

Instead, Mainers are being asked to trust this foreign government-owned utility, which stands to make $12.4 billion in profit from the project and that’s where LD 1545 comes in. Although it does not apply to the NECEC project, this bill would ensure companies that make plans to carry out major development projects in Maine first substantiate their greenhouse gas emissions and related environmental claims.

Mainers deserve to have reliable evidence. For the NECEC project, they simply don’t have that.

Again, thanks to Tom and the entire grassroots crew who made this a great week for the No CMP Corridor campaign effort. Our very diverse group of allies just got even bigger. During a time when there’s so much to disagree on, opposition to CMP’s destructive corridor has been so truly unifying. It’s refreshing to see people from all backgrounds and stripes joining together to stop the Corridor. This raft guide is incredibly proud to lead this ragtag group of activists and concerned citizens for this cause.